The West Block is one of three large buildings located on Parliament Hill (The Hill).

This Gothic-Revival building, which opened in 1866, was intended to be used for the Canadian federal service.  In recent years, however, it has been used to house the offices of the Prime Minister, Cabinet and members of Parliament. 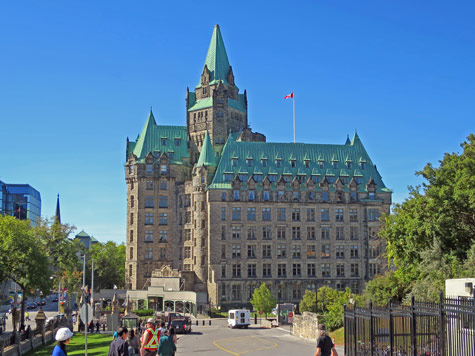