The National War Monument was built to commemorate Canada's veterans.  It is located just across the street from Parliament's East Block. 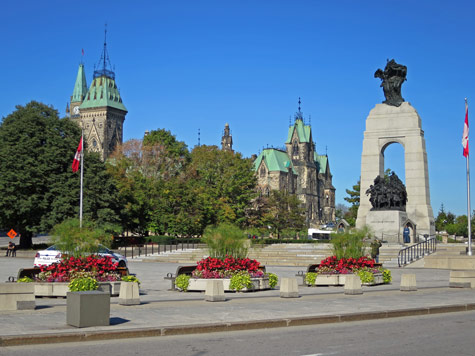 A memorial service is held each year on November 11th to honor Canada's soldiers.  The service is televised across the nation and is officiated by the Prime Minister and Governor General (who represents the Queen).