The Embassy of the United States of America is one of several massive buildings in Ottawa, Canada's capital city.

Situated at 490 Sussex Drive, this eye-catching structure was opened in 1999 by then President Bill Clinton. 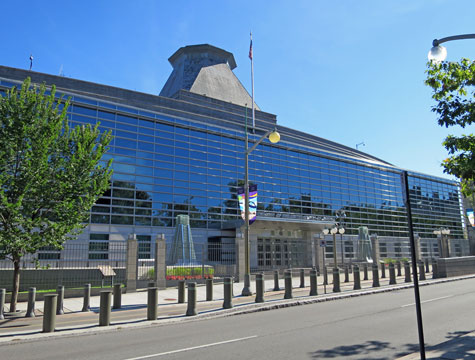 The American Embassy is situated between Major's Hill Park, the National Gallery and the Byward Market district of Ottawa.